Words and photos by Josh Barnett 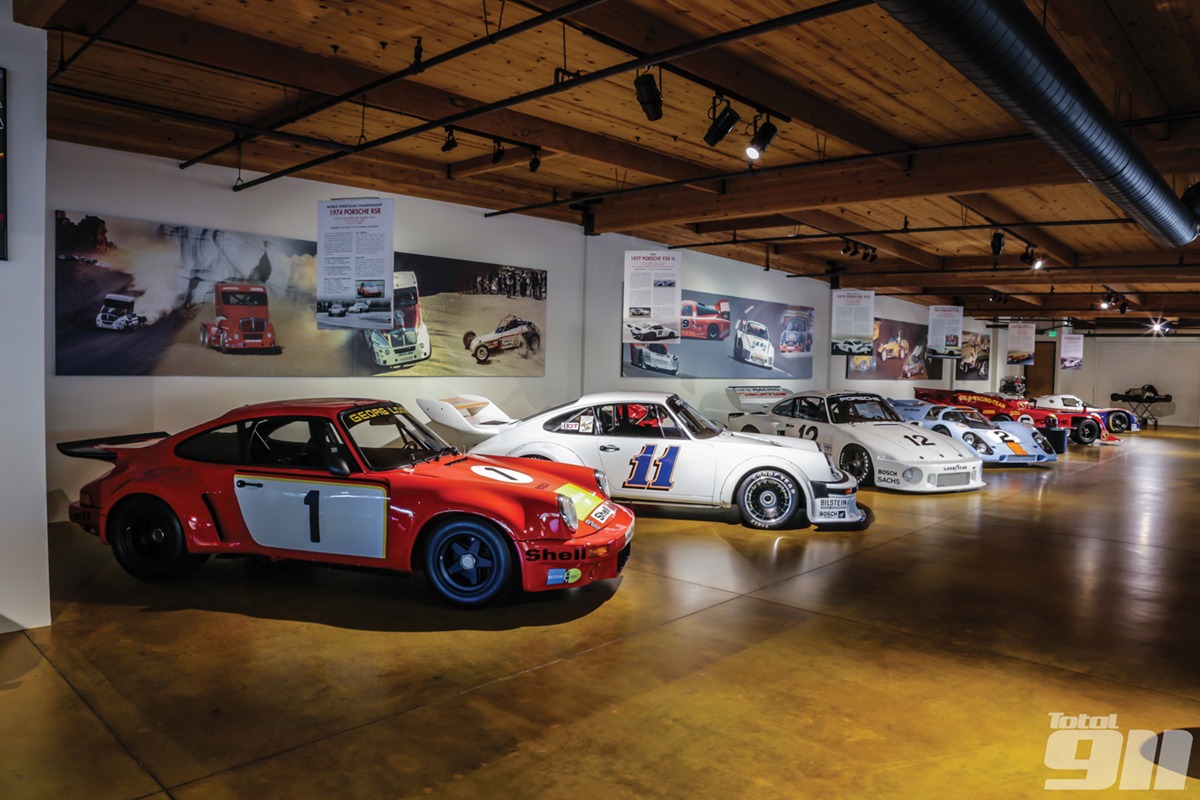 You could easily spend an entire day browsing Canepa’s website, trawling through the multitude of incredible road and race cars listed for sale by the Californian company.

In a similar vein, it would be possible to write an entire feature on Bruce Canepa, the man behind this incredible collection of cars. At the age of 12, his father had taught him to drive pretty much any vehicle, including a ten-wheeled diesel truck.

By 1979, after a year of racing in the IMSA and Trans-Am series, Canepa was racing for his own team in a Porsche 934.5. Alongside Rick Mears and Monte Shelton, he finished third in that year’s 24 Hours of Daytona.

A year later, Bruce set up his eponymous business, Canepa. A ‘multi-faceted automotive organization’, it provides a wealth of services, from buying and selling valuable and rare cars to creating state-of-the-art vehicle transporters.

Providing exceptional cars to collectors is probably what Canepa is best known for. Among the Mercedes 300SLs (both Gullwing and Roadsters) and the original 1967 Shelby Cobra 427, one car stands out at the core of the business. Luckily, it is the one we are really interested in: the Porsche 911. 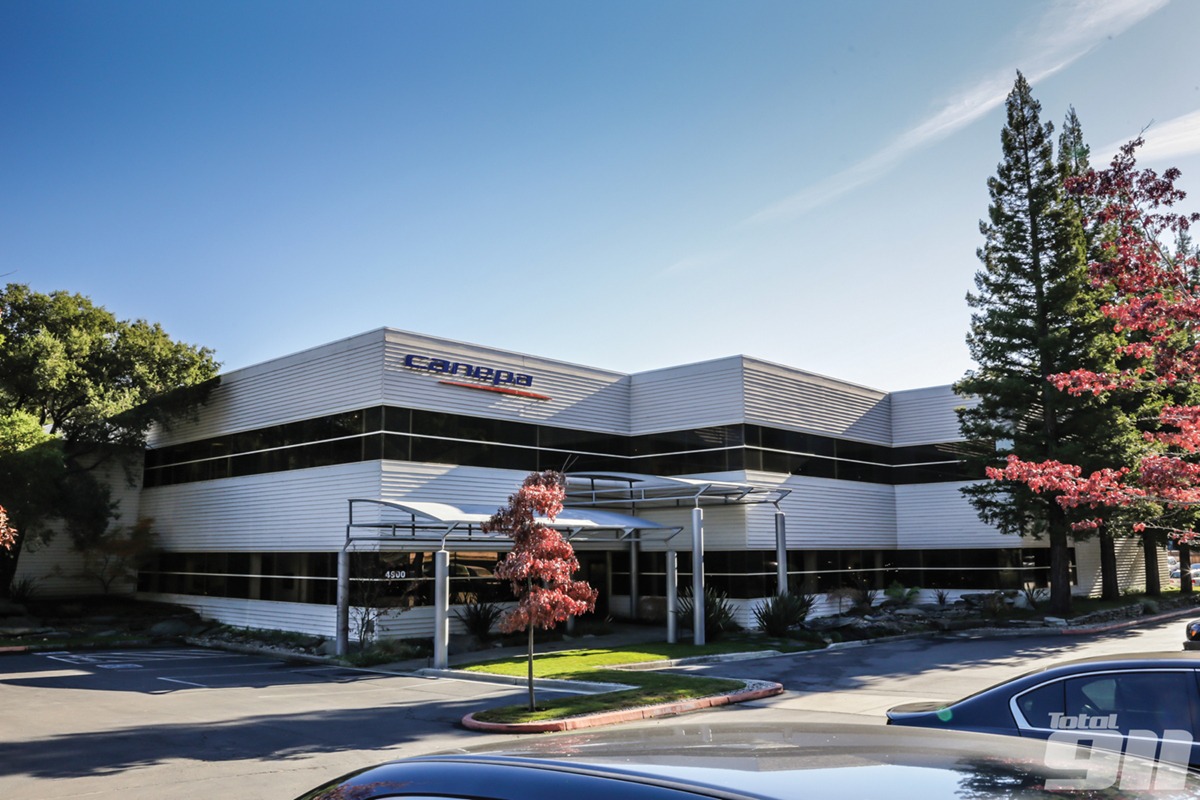 “Usually, the 911 occupies at least 20 to 25 per cent of our business,” explains John Ficarra, Canepa’s marketing director. “At least from the early 911s to the later 993s. It’s such an iconic sports car, and Bruce has a long relationship with Porsche, having raced with them in his 935 and 934.”

Canepa’s apparent love affair with the 911 is not just because of the owner’s “visceral connection to the model,” though. Zuffenhausen’s finest is also a fine economic prospect in the current market, as Ficarra clarifies:

“The 911 market is just really exploding, and if they weren’t moneymakers and they weren’t selling well, we probably wouldn’t carry as many of them.”

It may be something of an oxymoron, but rare 911s are pretty common at Canepa. Recently, early 3.0-litre 930s have entered through their doors, along with a host of 993s that have passed through Porsche’s ‘Exclusive’ department.

Ficarra describes one such example, a 1997 993 Turbo finished in Zenith blue, as if the original owner was “given the option sheet and they ticked everything.” 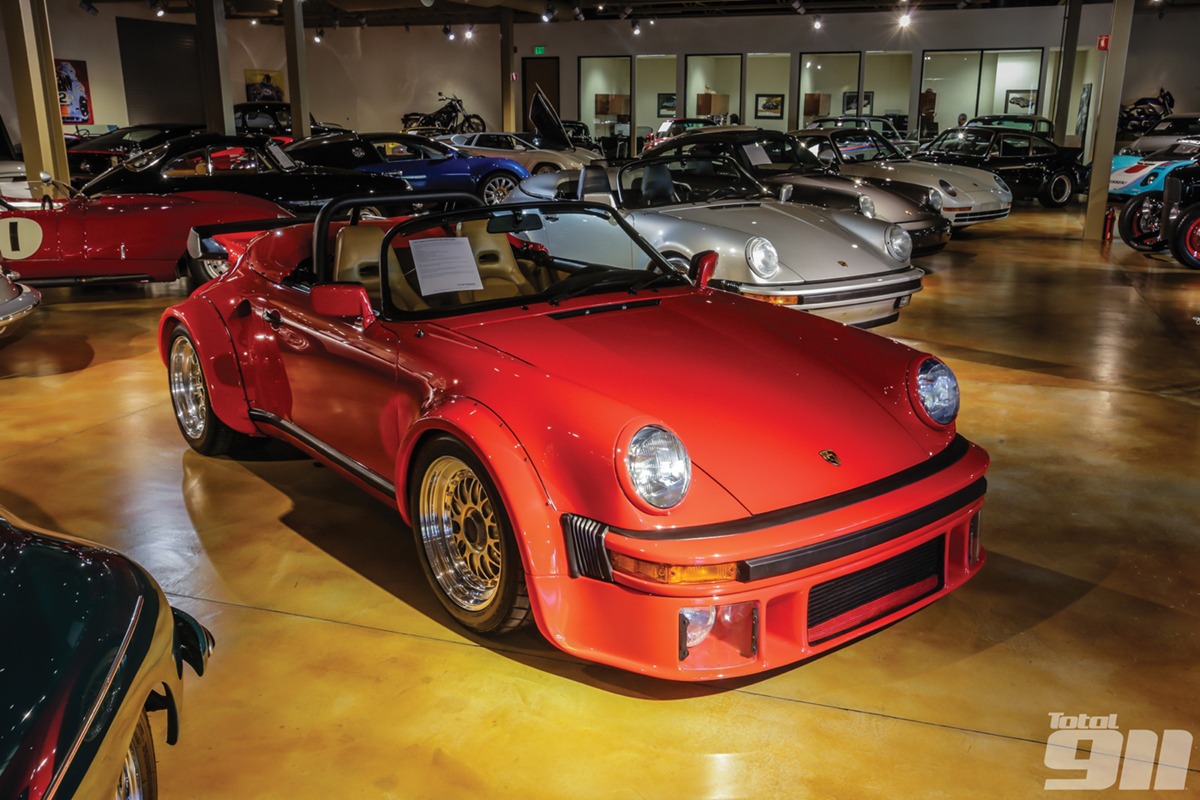 Most of the cars in Canepa’s inventory are owned by the business. As well as one full-time car chaser who travels all over the USA finding suitable cars for collectors, Bruce also plays an integral role in sourcing rare cars and, with years of experience, he isn’t afraid of a hard buy.

While Canepa acts as a dealer with the majority of its stock, special customers and special cars sometimes turn the company into a broker. “We don’t do a lot of consignment,” Ficarra explains, “but somebody might say, ‘I’m looking at moving my collection.’”

Dealing with such rare and historically important cars brings with it large sums of money. Quite a few vehicles have changed hands for upwards of $5,000,000 (£3,000,000), with John knowing a few private deals that have gone for three to four times that figure. “Since the auctions have come along, people have been like, ‘Woah, that car sold for $5,500,000,’ but in private hands it’s like, ‘Big deal.’” 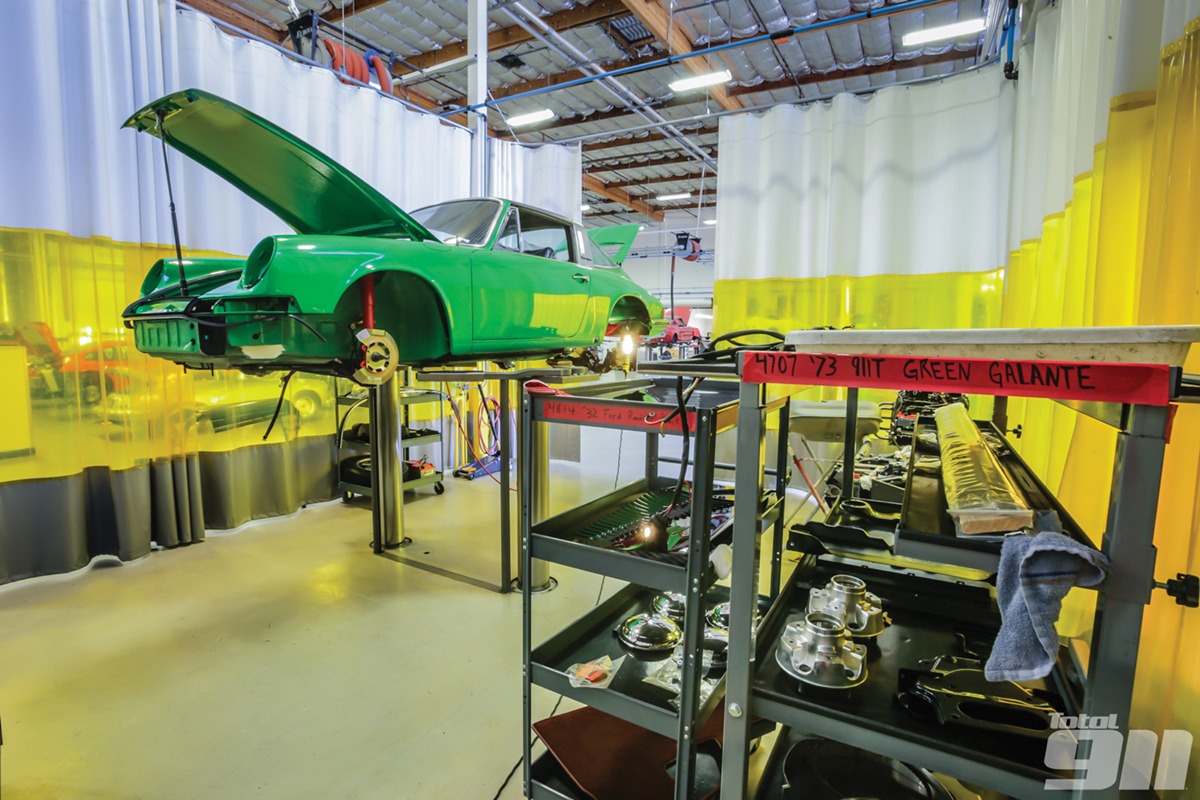 The nature of private sales means Ficarra is understandably coy about providing exact figures for some of the most expensive transactions in Canepa’s 34-year history. “A lot of these guys don’t want the public knowing, their businesses knowing or their wives knowing,” says John.

Elaborating on the latter, he provides a wonderful anecdote: “I’ve seen deals unravel when the wives came along! They’d say, ‘You did what? No! You’re not taking that home,’ and there are these billionaires sat begging, ‘please honey, why can’t I have it?’”

Despite the large sale values, the volumes of the car dealing arm are impressive. A good month would see six to ten cars shifted, with a good year totalling around 100 deals. When you consider that many of these sales involve multi-million-dollar cars, those numbers appear even more impressive.

Of course, as we alluded to earlier, car dealing is just one of the strings in Canepa’s expansive bow. Canepa Motorsport provides the company with a racing division dedicated to the restoration, preparation and running of historic racing cars, predominantly from the Seventies and Eighties.

While 911 variants such as the 934 and 935 make up around ten per cent of the division’s business, the motorsport arm also deals with other exotica, such as Group C, IMSA GTP, and Can-Am machinery. 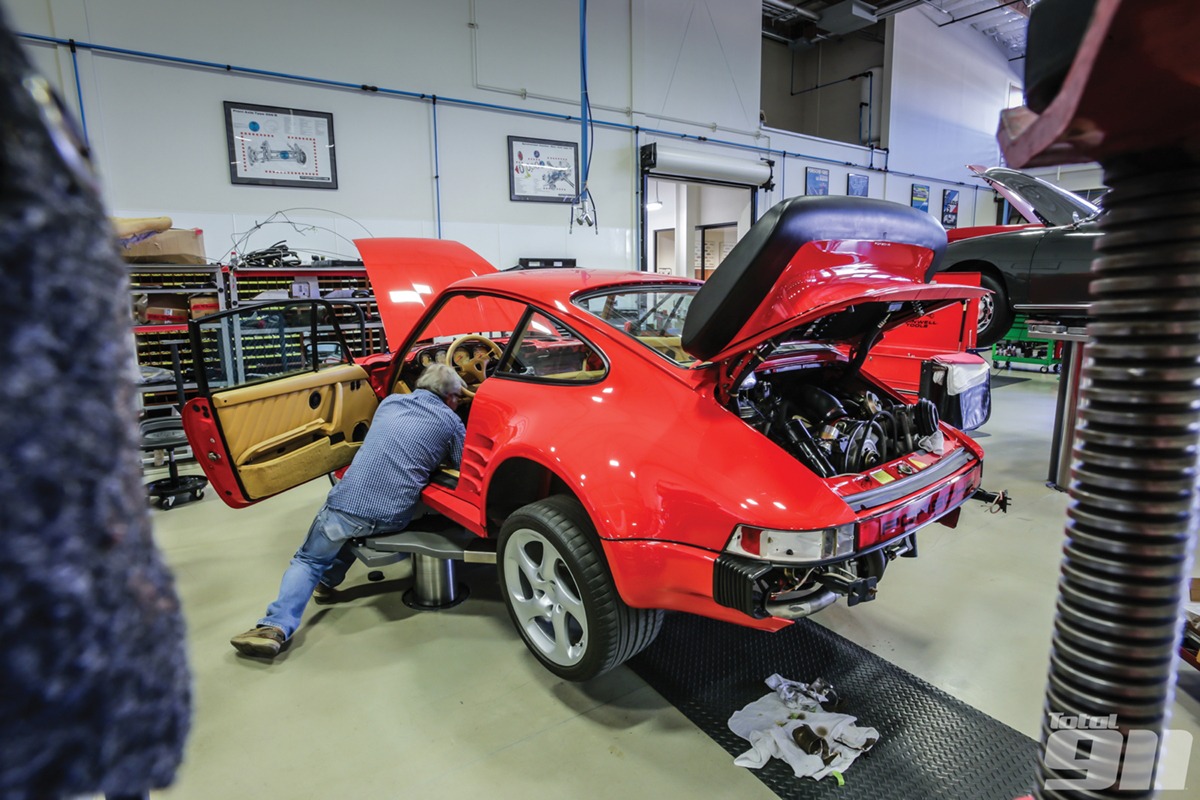 Continuing the racing theme is the Canepa Motorsports Museum, where the public is allowed free access to some of the most historically important race cars ever produced.

Names like Richard Petty, Mark Donohue, Brian Redman and Jacky Ickx adorn the sides of these cars, while many of the racers that Canepa himself took to the tracks in are also on display.

If that wasn’t enough, Canepa Design is renowned for its custom car building. From hot rods to modified motorcycles, the Design arm is known to create fully functioning prototypes for clients, too.

One of the most impressive aspects of Canepa, though, is its restoration services. Sheet metal work, show-level paint jobs and extensive mechanical work all fall under Canepa’s remit.

As well as full rebuilds (with all the necessary parts replacements they entail), Canepa also does a ‘bring back’, where a car is completely disassembled before every component is meticulously cleaned. The results are nothing short of miraculous. 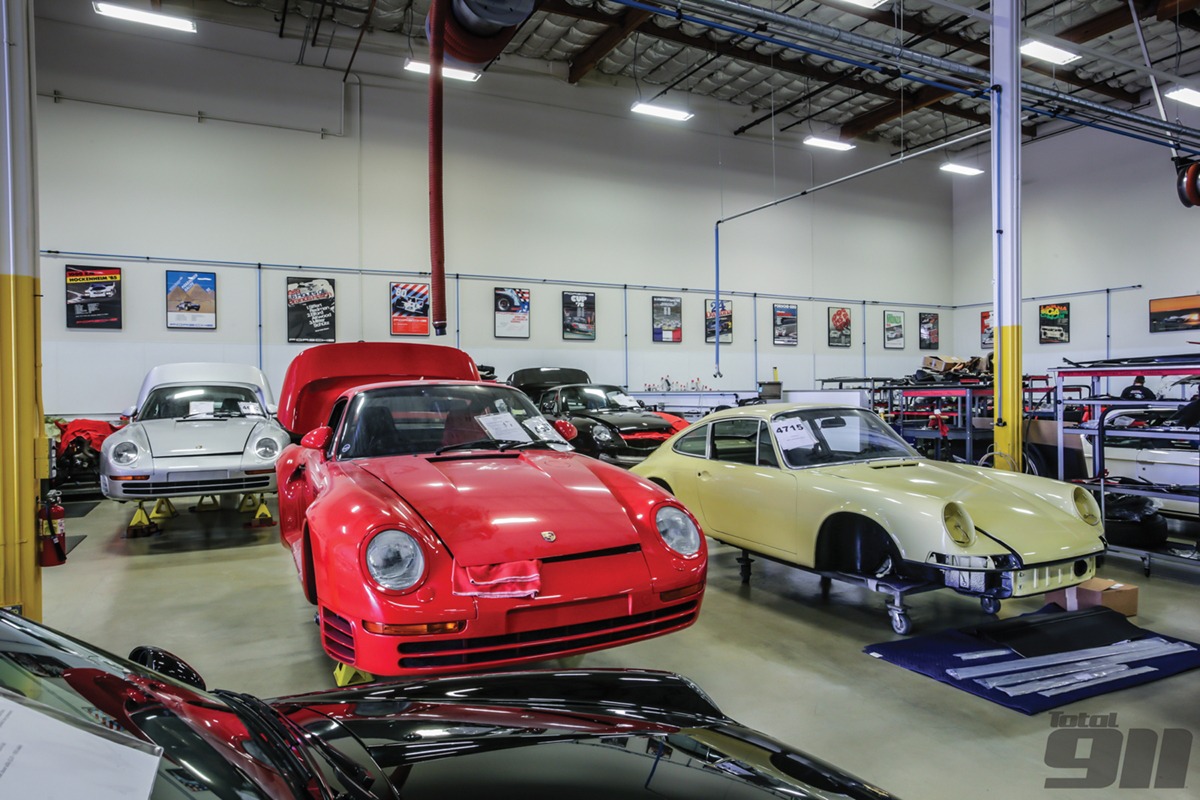 The 1979 Porsche 935 K3 that featured in issue 105 is one such car to have been carefully restored by Canepa’s expert craftsman. It went on to record class wins in the Pebble Beach and Amelia Island Concours d’Elegance competitions.

Economically, the Porsche 911 may not always represent the core of Canepa’s business. However, with Bruce’s in-built passion for the model, it is sure to always have a place in the 70,000 square-foot building that houses this remarkable company. And even if it doesn’t, the collection at Canepa is still worth a visit. Just don’t bring your chequebook.