Porsche’s tried-and-true formula for its beloved 911 was a simple one: distill and refine, distill and refine. As the 911 platform neared the young age of almost 10 years in the making, 1972 brought a host of changes that yielded one of the best-driving air-cooled 911s of all time. With engine displacement bumped up to 2.4 liters and with a new mechanical fuel injection system, power went up as well. The 911S produced 190 horsepower from its flat six powerplant. Along with special touches that lasted only for one year like the very cool external oil door when the oil tank was moved for better weight distribution and handling, the 1972 Porsche 911S is one of the most charming iterations of the storied 911 lineage.

This 1972 Porsche 911S was originally delivered to the U.S. in February of 1972 and purchased by Dr. Homer Ericson of Kokomo, Indiana on May 1st, 1972. Per the Porsche Certificate of Authenticity, it was optioned in Silver Metallic paint with a black leatherette interior, along with an electric sunroof, tinted glass, round white fog lights, and Michelin tires. From the recall of one of his sons, Ericson went down to the Porsche dealership in Indianapolis looking for a 911S with a sunroof. The sales manager told him that he had just gotten one for his wife but didn’t have any others. Conversations ensued, and the sales manager decided to take the silver metallic 911S for his wife and sold it to Dr. Homer Ericson.

During his ownership the car was taken care of lovingly, always stored in the garage and serviced, with his son recalling driving to Indianapolis with his father where the car was usually maintained. Ericson kept the car clean diligently, removing any dirt from the engine bay and keeping the car extremely clean to preserve it for as long as possible. During their ownership Ericson wanted to keep the car looking like its paintwork was fresh and without any blemishes, just like a new car. In the early 1980s a full high-quality respray ensued which included a complete disassembly of the car to ensure that it was painted correctly and with the highest attention to detail. To this day the paint finish looks extremely good even by modern day standards, emphasizing the quality of the painters and care taken of this car afterwards.

Enter Howard Yefsky, the President of the Chicago Region of the Porsche Club of America in February of 1988. He was looking for a Porsche 911S to purchase and saw this silver one in the Indiana Region newsletter. However, in February of 1988 almost 18” of snowfall came down, making a trip to Kokomo impossible. Later in May Howard contacted Ericson to inquire about the car, but Ericson said that he was going to keep it until he was ready to retire later at the end of 1988. The two kept in contact, until Howard asked if he could come see the car and if it was “the one” that he could give him a deposit to secure it. Ericson agreed, so Howard made the trek to Kokomo in August. Upon seeing the car, Howard knew instantly that it was the car for him. He offered to give a deposit but was instead surprised by Ericson saying that he was ready to sell the car. Ericson had two sons who wanted the 911 and in order to avoid a family war he decided to sell it.

Howard, like Ericson, took extremely good care of the silver 911 during his ownership. The 911 was treated to extensive servicing as evidenced by the collection of service documents included in the Porsche’s documentation. Howard drove it sparingly, adding approximately 15,000 miles to the odometer during his ownership from 1988 to around 2012. Around this time, it was acquired by Road Scholars of Durham, North Carolina where it remained there until September 5th, 2014 when it was sold to its most recent owner with 52,667 miles. Shortly afterwards the new owner had a major service performed to ensure it was taken care of, and another major service recently in April of 2020. Much like Howard, this owner drove the car sparingly and took exceptional care of the car and only added 3,973 miles to the odometer before arriving at Canepa.

Upon arrival the 911S was inspected from front to back, noting that it was in fantastic original condition throughout. The silver repaint was still in great condition, the original interior was time-capsule quality, and the mechanicals were fantastic. Nonetheless, each and every collector car that comes to Canepa is put through and extensive and diligent process called the “Canepa Difference.” This includes a major and comprehensive mechanical inspection where all systems are checked and serviced as necessary. They also receive an award-winning concours-level detailing, a thorough cleaning of each and every surface that ensures that every car is a sight to behold. This 911S was treated to a delicate color sanding of the silver paint finish before finishing off with a foam-pad polish to enhance the paint’s shine. After the completion of this process, each and every car is a perfect example and a personification of Bruce Canepa’s impeccable attention to detail.

Being able to experience an early 911S is an opportunity that is slowly shrinking. More cars are being stored away or being driven mast amounts of miles and incurring the wear that one would expect. Porsches are generally driven the most among collector cars being that they were designed to be true driver’s cars. Porsche aficionados will confirm that finding a 911S of the quality such as this car is like finding the proverbial needle in the proverbial haystack. Even then, finding a low mileage car in excellent original condition such as this one is almost unheard of. Luckily, this car has been lovingly looked after and enjoyed for the past 48 years, amassing only 53,640 miles. The matching numbers engine and transmission work in perfect harmony, sitting in the all-original interior transports you back to a simpler time, and no matter the angle you view the car the silver metallic paint shines like a German gem. Enjoying a 1972 Porsche 911S is a rare occurrence, especially one in a condition as excellent as this one, and is now your opportunity to experience the purity of an air-cooled 911S. 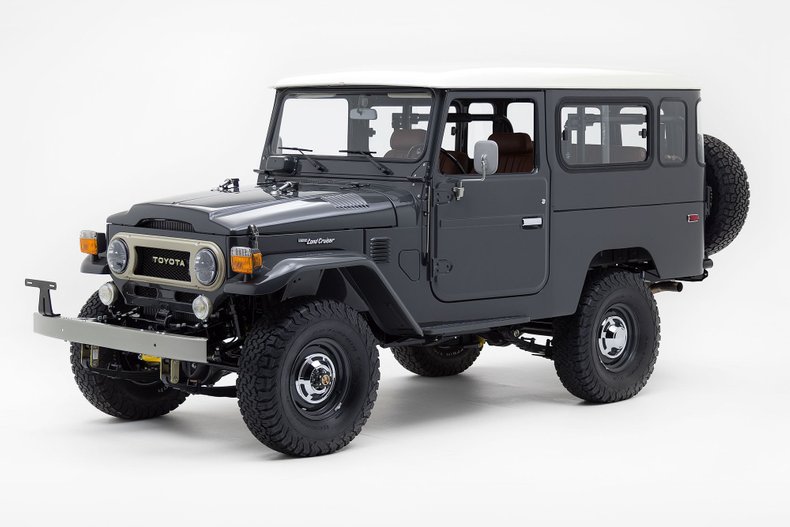