Not many manufacturers can say they have a lineage that dates back to over 65 years, carrying the badge proudly as the models change and morph. Mercedes-Benz is one of those companies, with the SL moniker being first introduced in 1954 with the revealing of the 300SL Gullwing and its sibling, the 190SL. While the 300SL was made for speed and was more oriented for someone looking for the pinnacle of technology, the 190SL was made in favor of enjoying the journey while driving. Comfortable, reliable, and built with the highest standard of quality that Mercedes-Benz was known for, the 190SL found its popularity grow among enthusiasts and collectors as the decades past. Today, the 190SL is a fantastic entrance into a classic Mercedes-Benz, with a subtler version of the 300SL’s styling but clearly showing the lineage between the two variants.

Like the 300SL family and Porsche Speedster, the 190SL was created largely in part due to Max Hoffman, America’s largest importer of European cars. With a keen understanding of the American public’s taste and desires, this made him valuable to the European auto manufacturers who, after the post war years, needed a larger demographic to sell to. With a 4-speed manual transmission, 1.9-liter inline-4-cylinder engine, superior build quality vs. other cars, and with a price that made it a fantastic value vs. a 300SL, the 190SL found a place for itself. While Mercedes-Benz built only approximately 2,800 per year during its production run, the quality of the car ensured that they lasted far longer than their other competition.

This 1959 Mercedes-Benz 190SL was originally located in Europe before undergoing a full restoration by the expert artisanal craftsman at SL Classics. This meticulous restoration yielded the car that is here today, an extremely authentic-to-originality 190SL that shows and presents in superb fashion. Painted in factory Blue-Grey with a red leather interior, nothing was left untouched based on the quality and attention to detail that this restoration shows. A matching hard top was also restored in the same factory Blue-grey paint color.

The most recent owner acquired the car after the 190SL was imported into the US sometime between 2017 and 2018. He kept the car for a little while only to decide that in his small well-curated collection that he needed to make some room for new cars coming in. He spoke with Bruce Canepa about his 190SL, and shortly afterwards the car arrived at Canepa’s facility.

Upon arrival the 190SL was inspected from front to back, noting that it was in fantastic restored condition. Nonetheless, each and every collector car that comes to Canepa is put through and extensive and diligent process called the “Canepa Difference.” This includes a major and comprehensive mechanical inspection where all systems are checked and serviced as necessary. They also receive an award-winning concours-level detailing, a thorough cleaning of each and every surface that ensures that every car is a sight to behold. This 190SL was treated to lastly treated to a foam-pad polish to enhance the Blue-gray paint’s shine. After the completion of this process, each and every car is a perfect example and a personification of Bruce Canepa’s impeccable attention to detail.

Experiencing a 190SL is a unique experience with its own set of charms and quirks. One of the most memorable feelings is that when you step inside of this 1959 model-year car, a car that is 61 years old, you can feel the level of quality that it has vs. so many other cars of the era. Mercedes-Benz decided to go all out with the baby SL, and it shows and pays that back to the driver and passenger when out driving and enjoying the journey between destinations. After a complete restoration by SL Classics in 2017, with only 1,496 miles since its completion, this might be one of the closest opportunities you can get to stepping inside of and driving a brand-new 190SL. 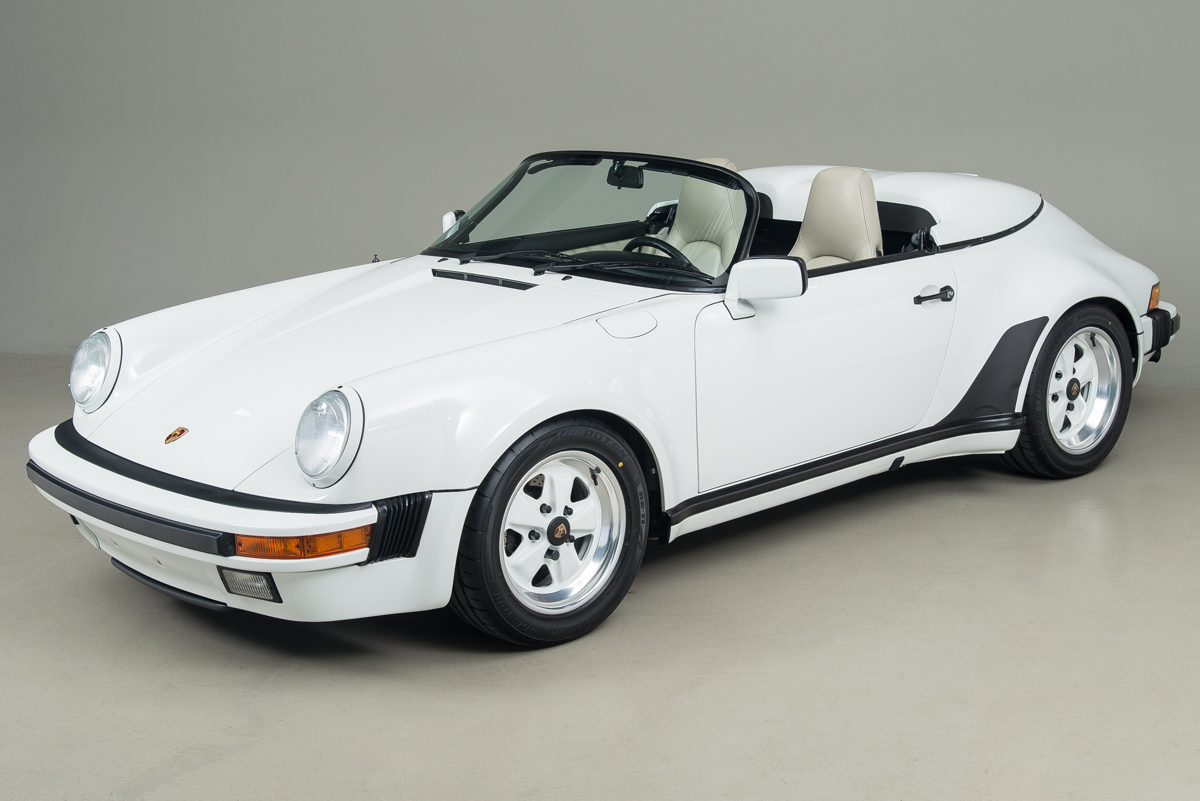