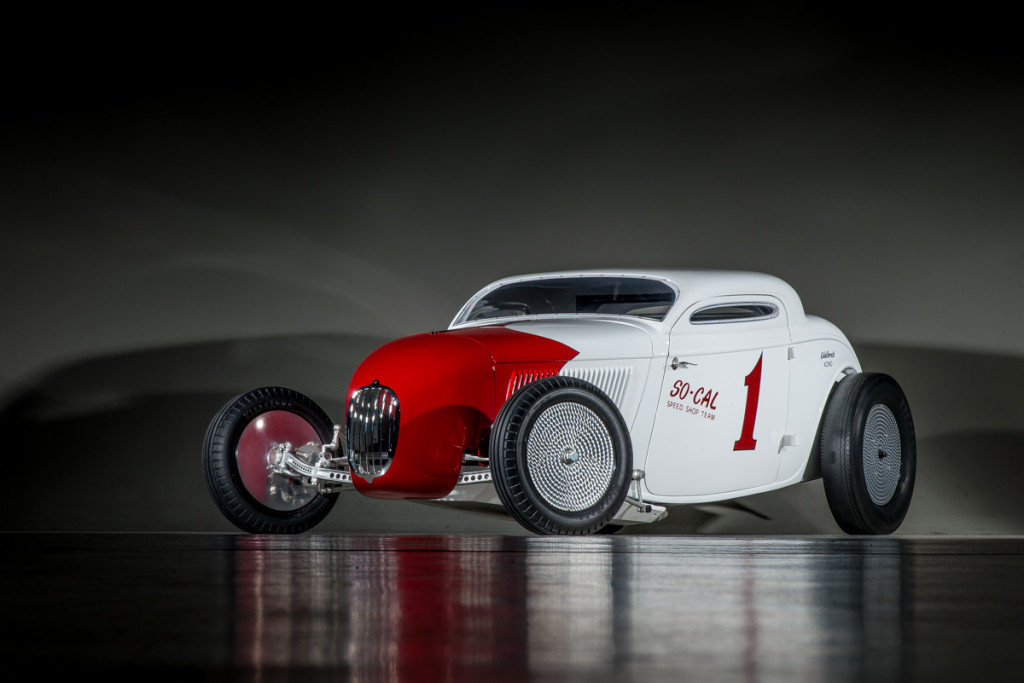 Inspired by the Pierson brother’s chopped ‘34 coupe, Jim Gray and Russell Lanthorne built this car in 1950. It was initially not as radically chopped as the Pierson car and was powered by a GMC six-cylinder engine. Indy car builder Frank Kurtis fabricated the racecar style nose. At the 1951 Bonneville meet they ran an impressive 153.061MPH to finish fourth in class against the Pearson coupe’s class winning 164.233MPH.

Alex Xydias was looking for a car that he could drag race locally and also run on the lakes, but most importantly, use to promote his now famous So-Cal speed shop in Burbank. He purchased the car in 1951 and with partner Buddy Fox swapped out the six for a Mercury 258 cubic inch Flathead V8 with a GMC 4-71 blower fed by four Stromberg 48 carbs.

The So-Cal team broke the class C record with a run of 172.749 mph at the 1953 Bonneville meet. Back home and without the blower, the car ran 121 mph at the Pomona drags and was featured on the cover of Hot Rod magazine as the “Double Threat Coupe”.

For the 1954 meet, the top of the So-Cal Coupe was further chopped to “gun slit” proportions. In addition, special Ardun overhead valve heads were installed resulting in over 400 horsepower. Unfortunately, the team suffered mechanical problems and didn’t improve their times. Tragedy struck the team when Xydias’ brother-in-law was killed in the car when the unshielded clutch exploded setting the fuel tank on fire. A grieving Xydias retired the ’34 and never raced again.

The car was sold to John Moxley who installed a 400 cubic inch Chrysler Hemi, setting additional records. Eventually the car ended up with Jim Travis in 1970. He installed an un-blown 296 cubic inch Flathead engine and set a new class record at Bonneville, turning 142.999 mph. He then installed a 300 cubic inch Chevy with front-mounted blower and set an incredible speed of 236 mph. He continued to race the car into the 1990’s.

In 1996 Don Orosco purchased the car and decided to restore it back to its 1954 period correct specification. Competing at the 2001 Pebble Beach Concours d’Elegance against the Pierson Brothers coupe that had inspired it, the restored coupe won the class and the Dean Batchelor Award for the most significant Hot Rod. 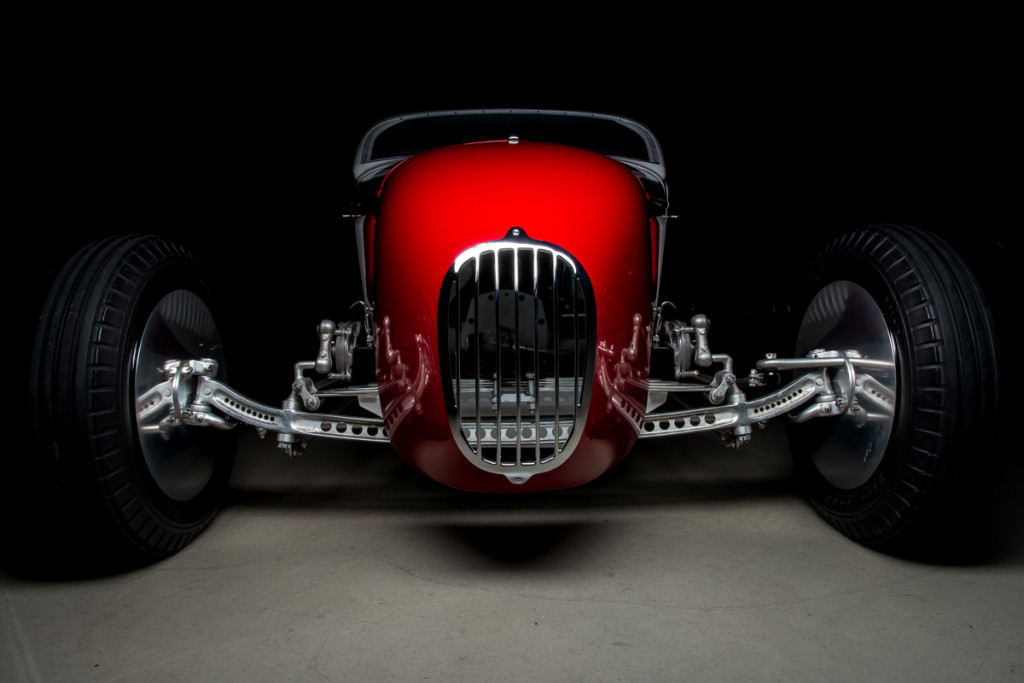 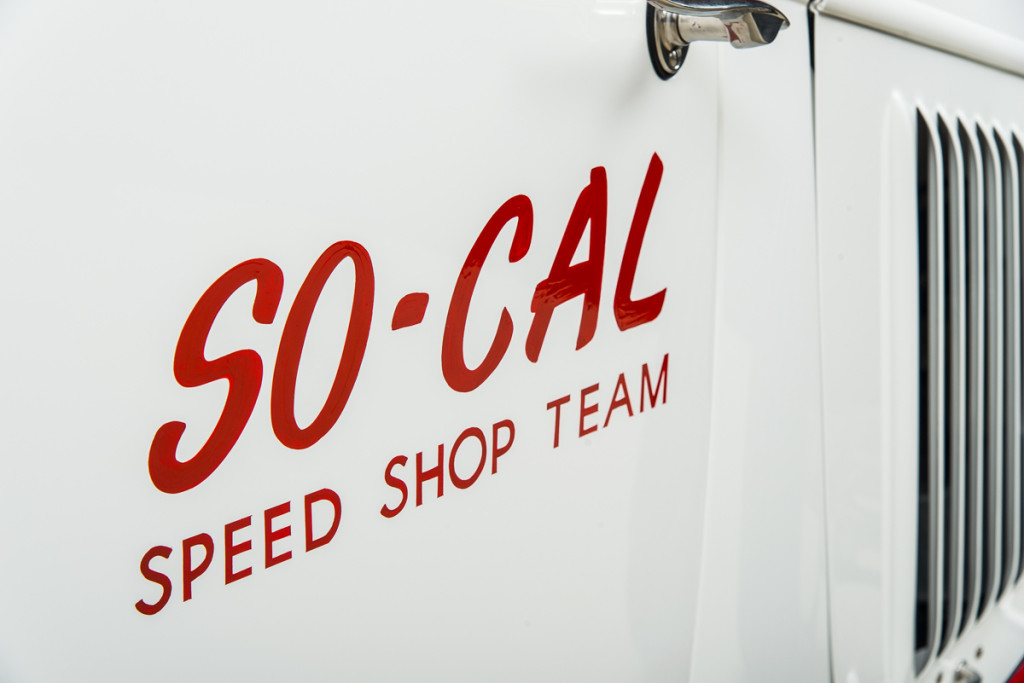 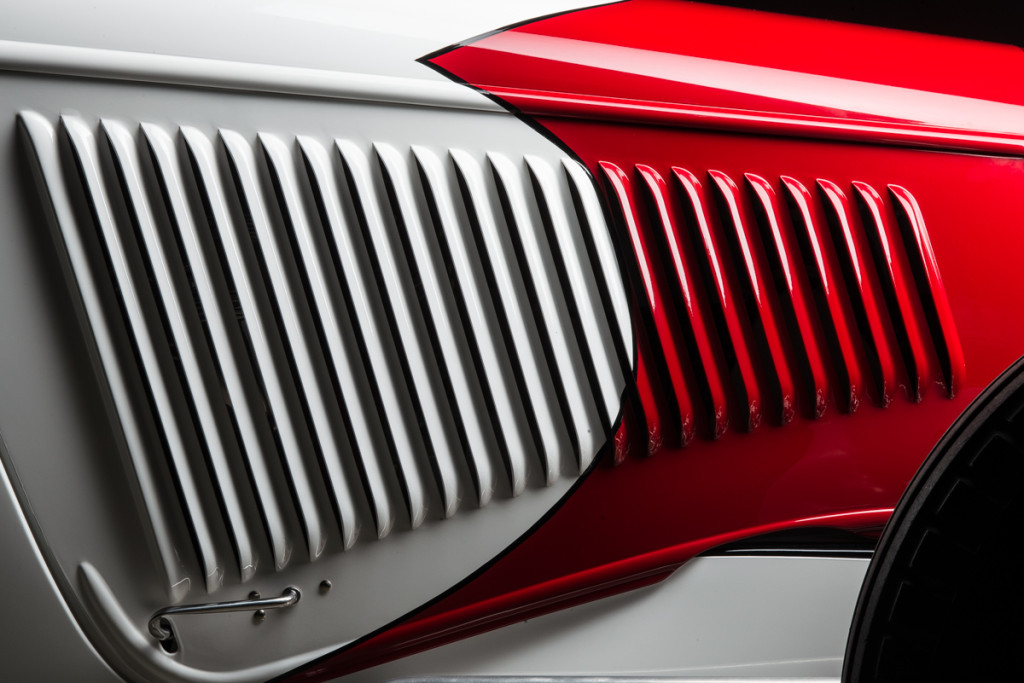 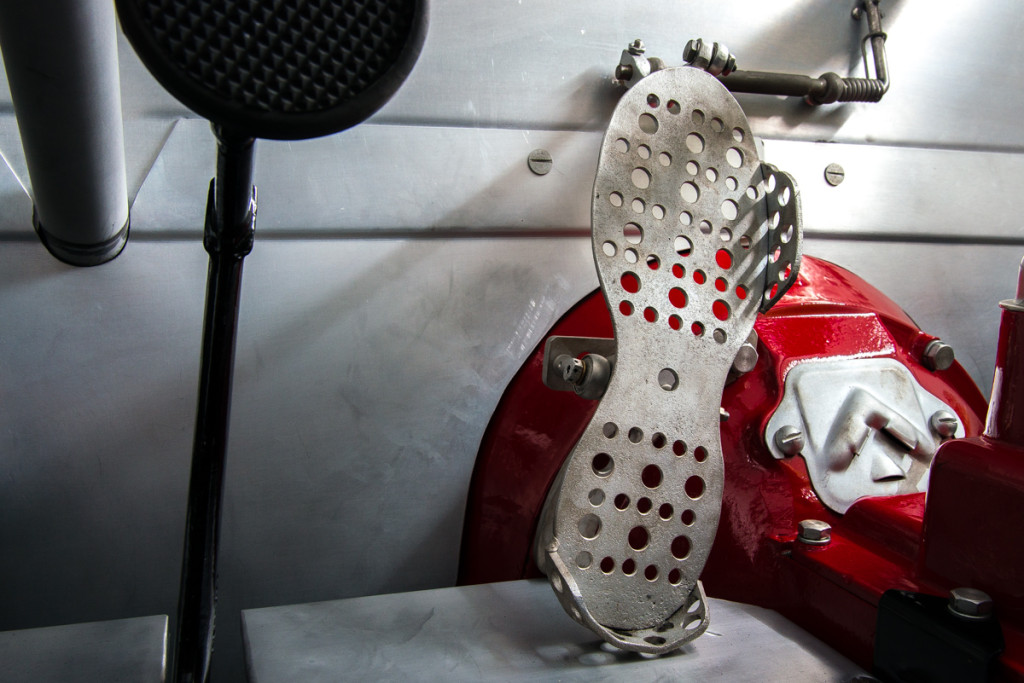 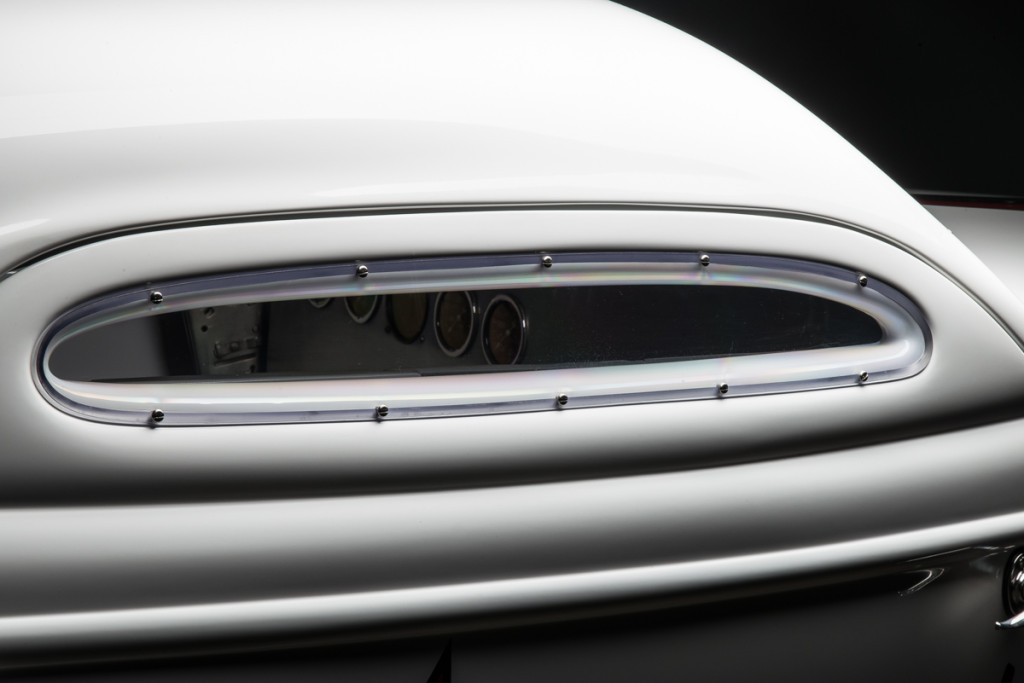 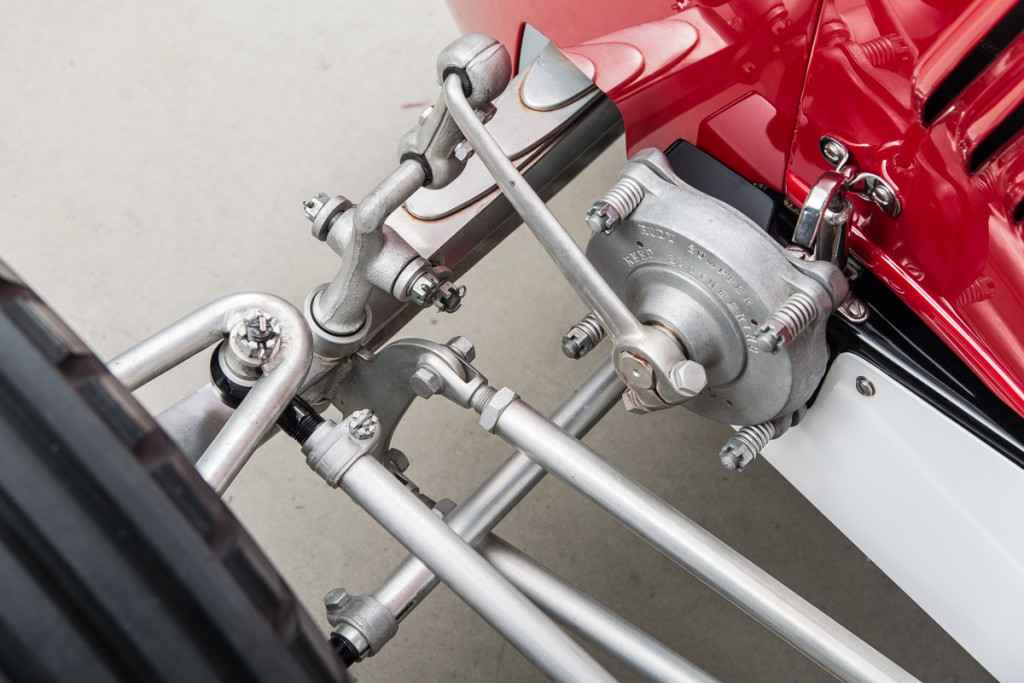 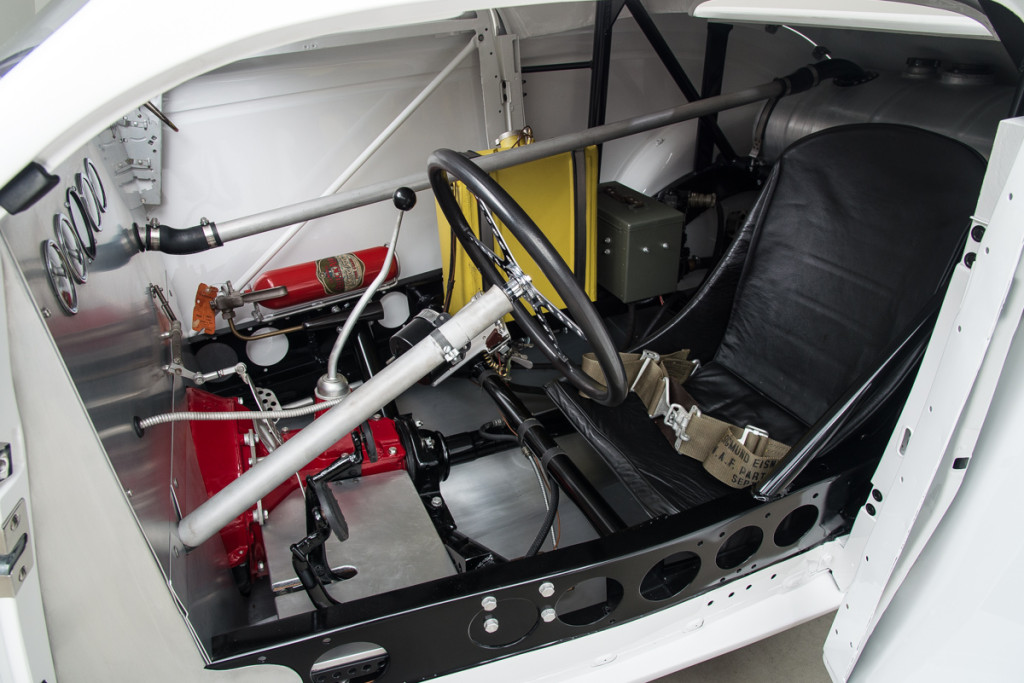 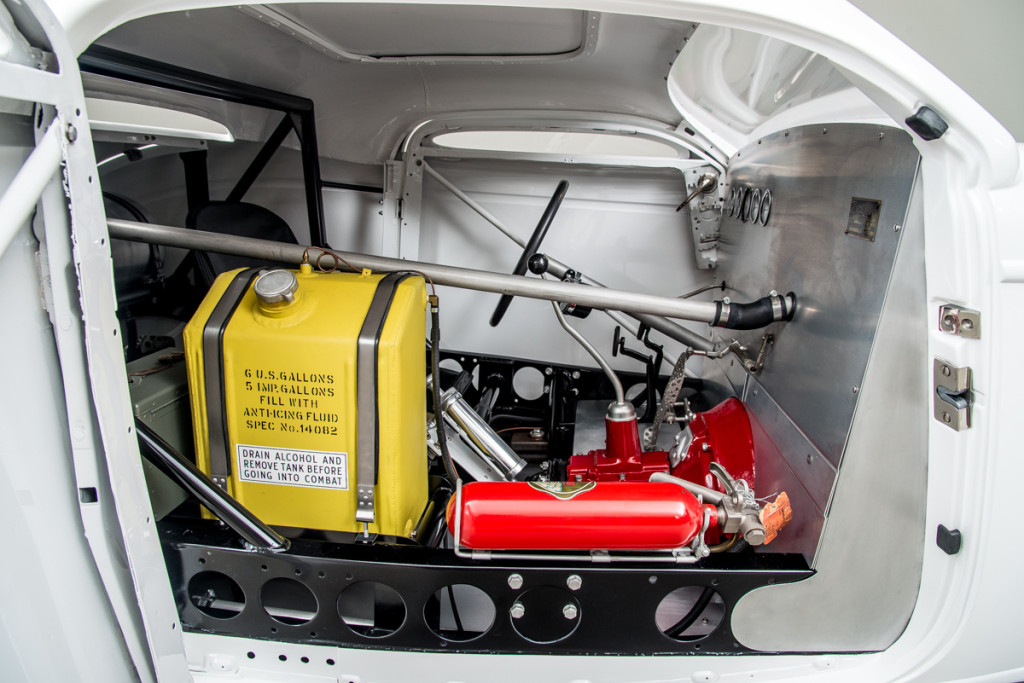 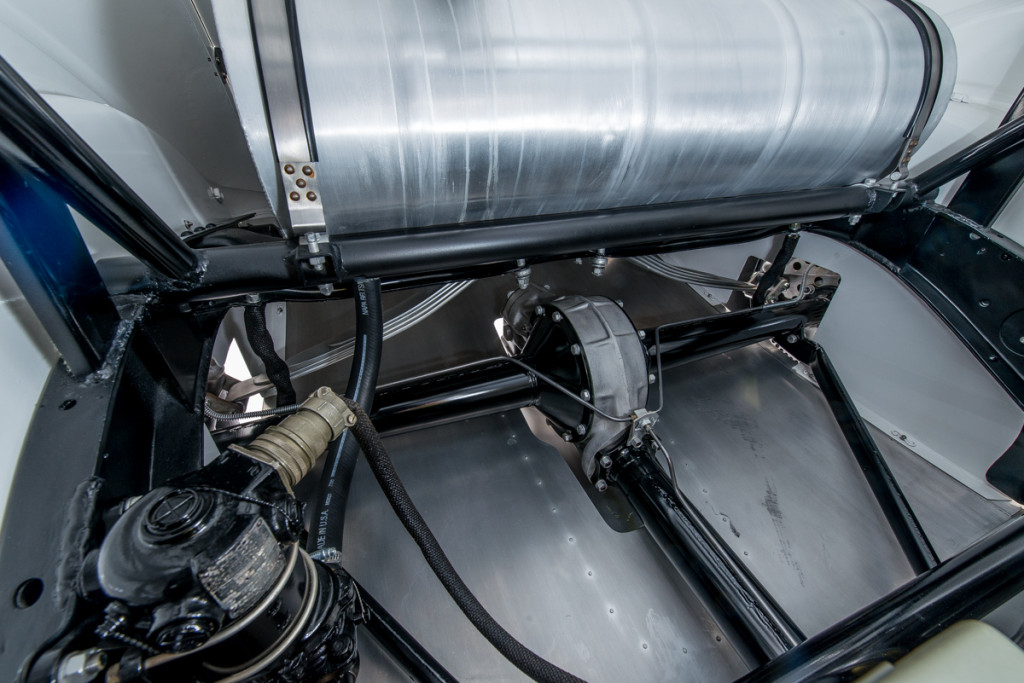 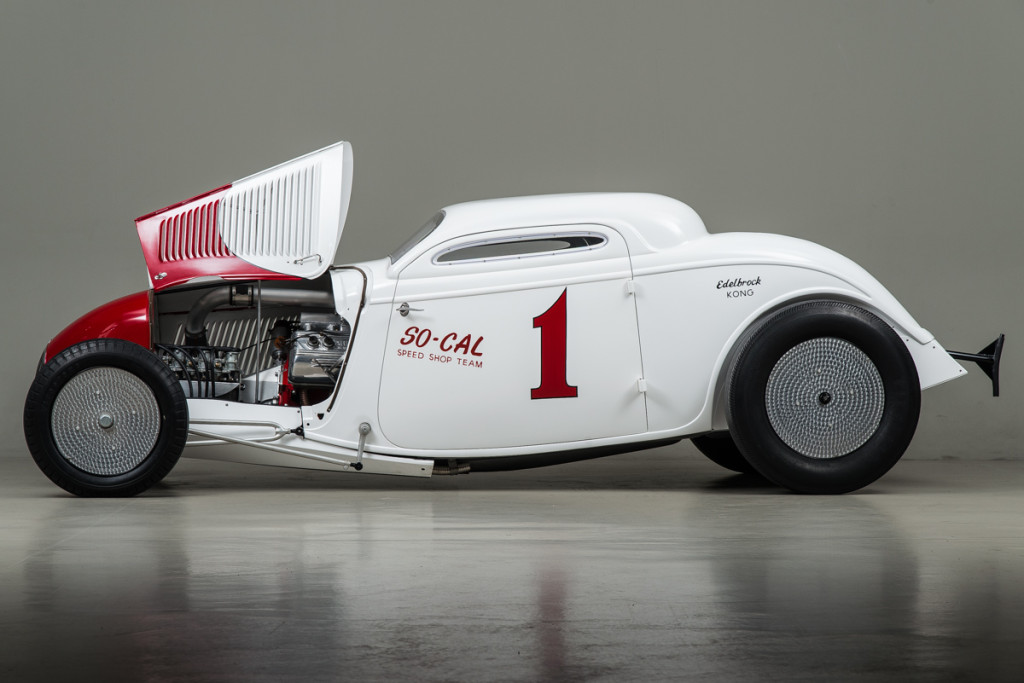 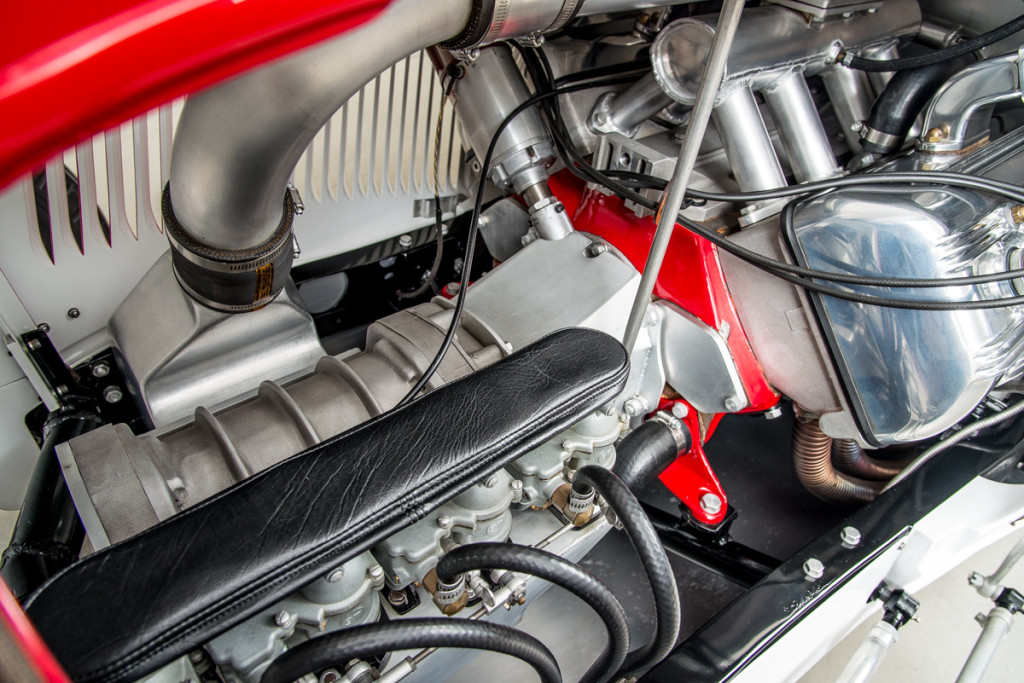 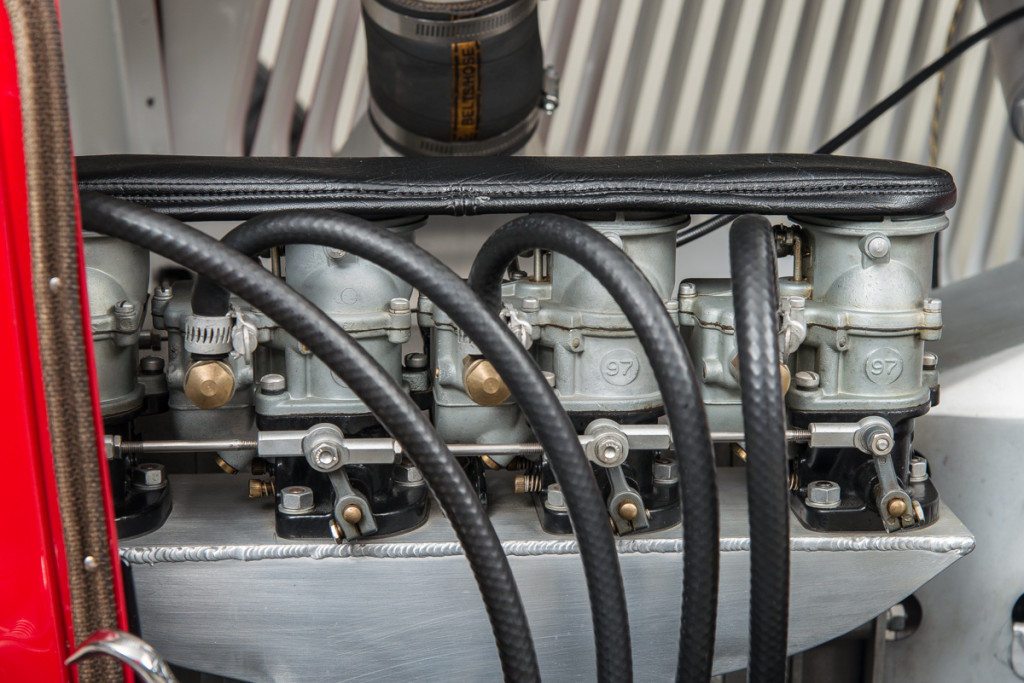 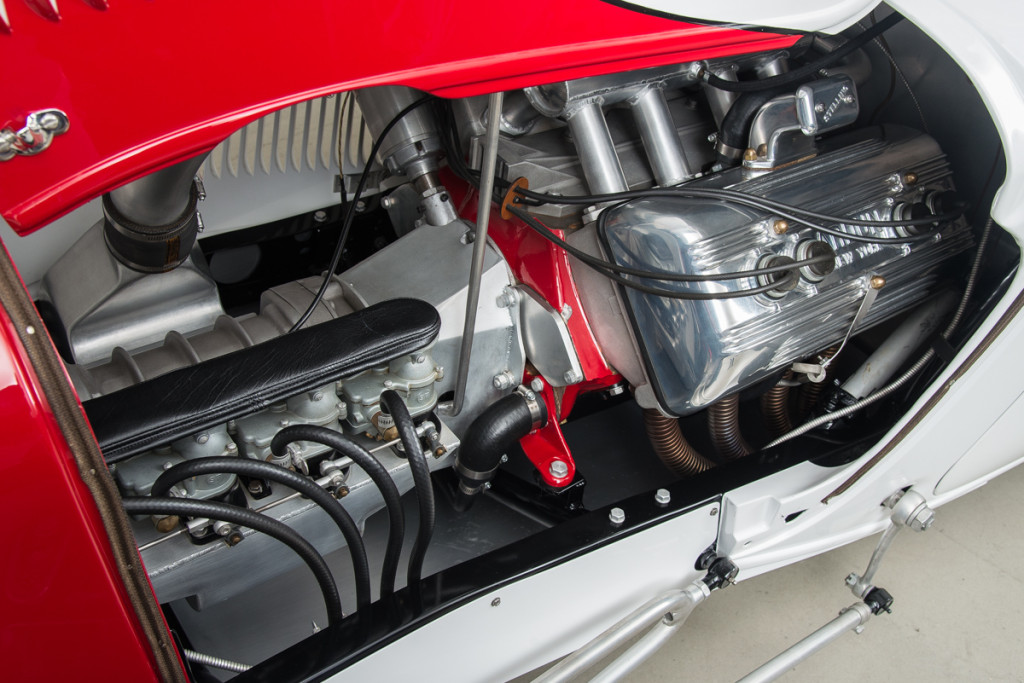 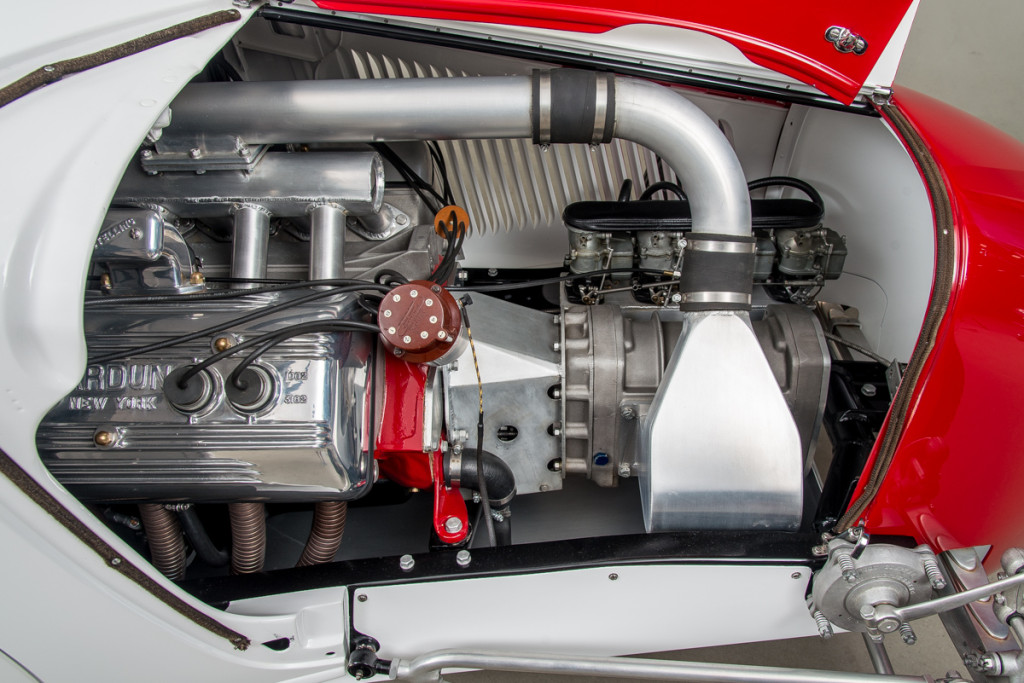 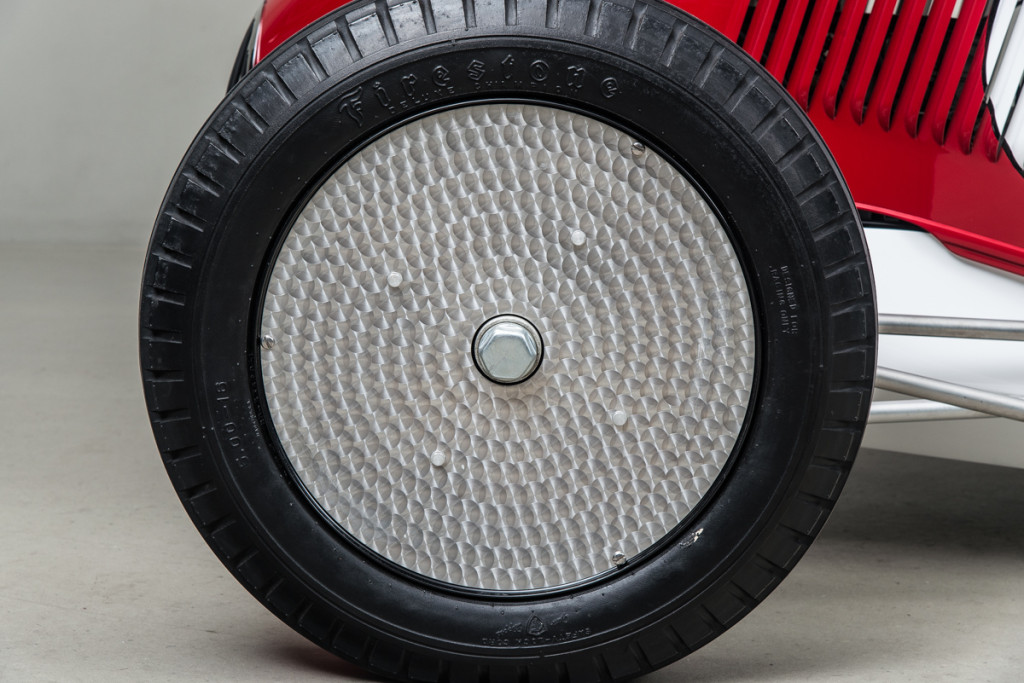 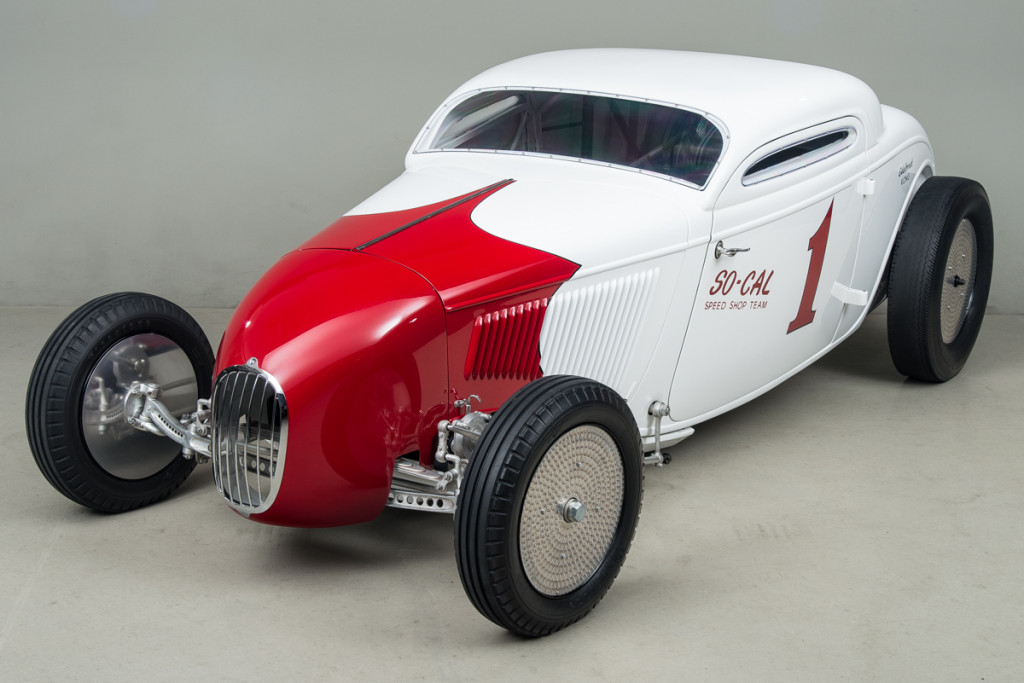 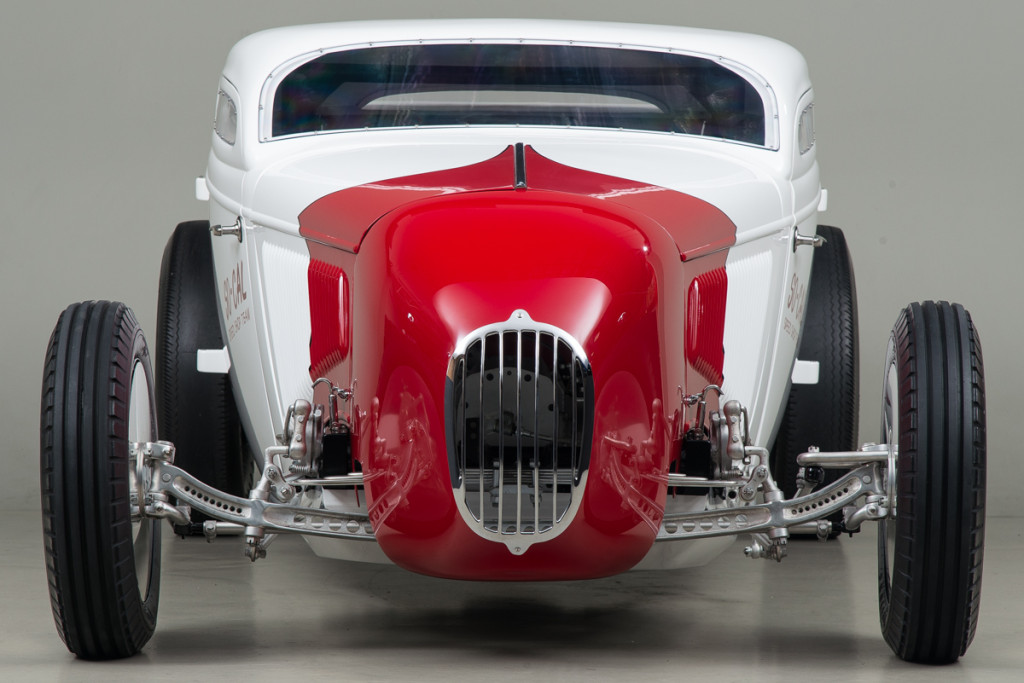 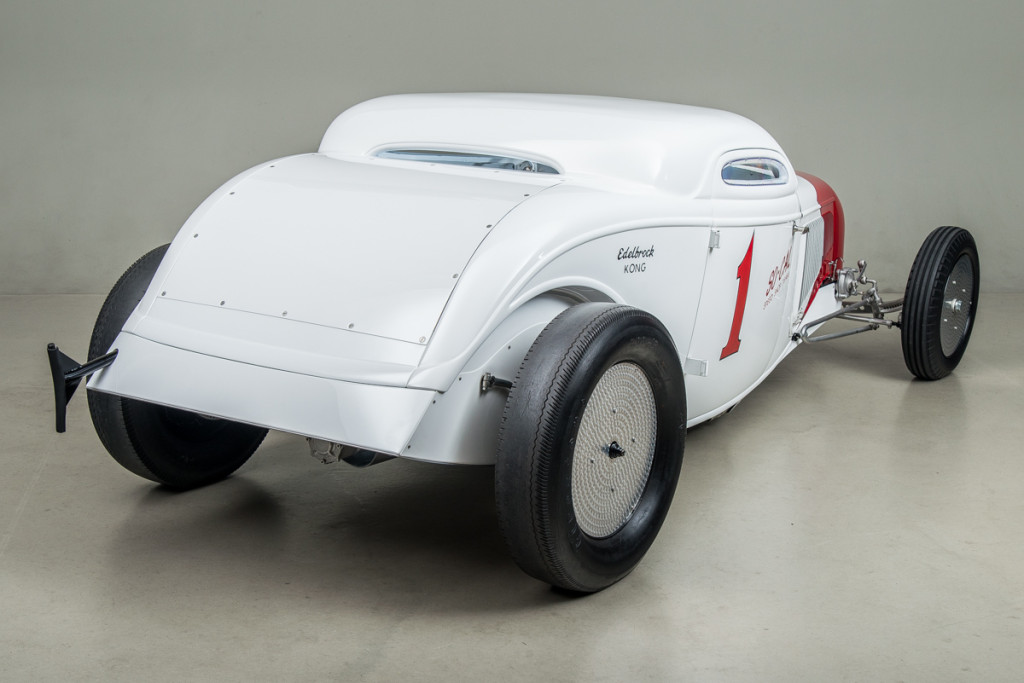 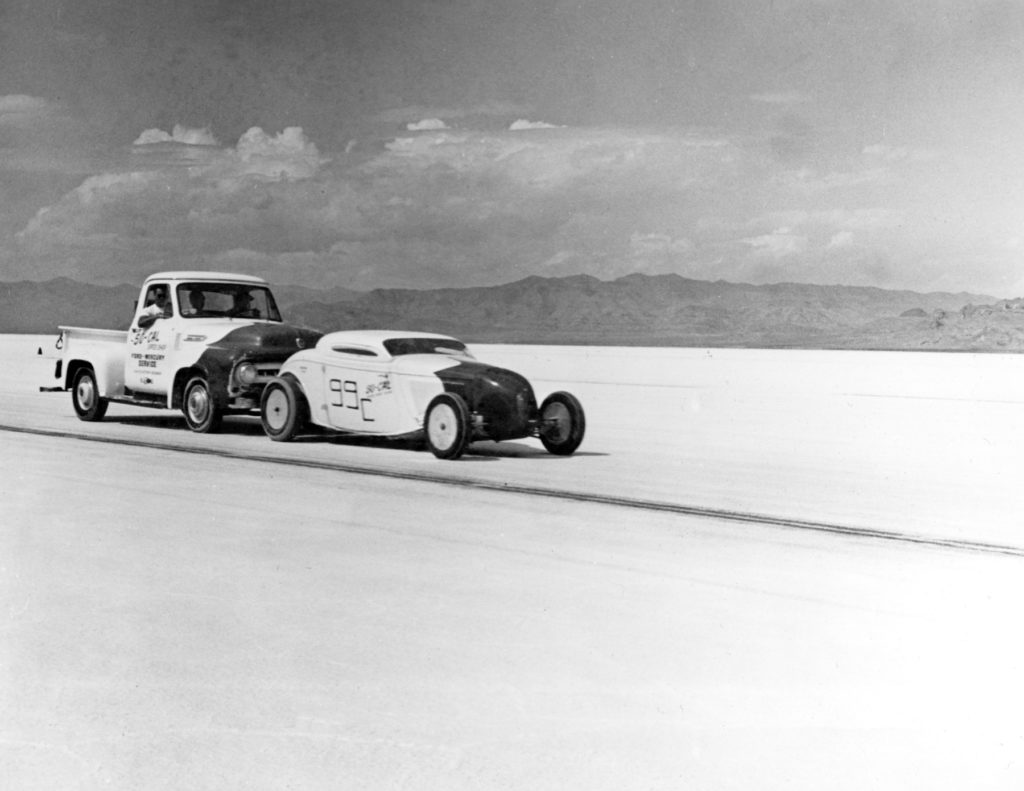 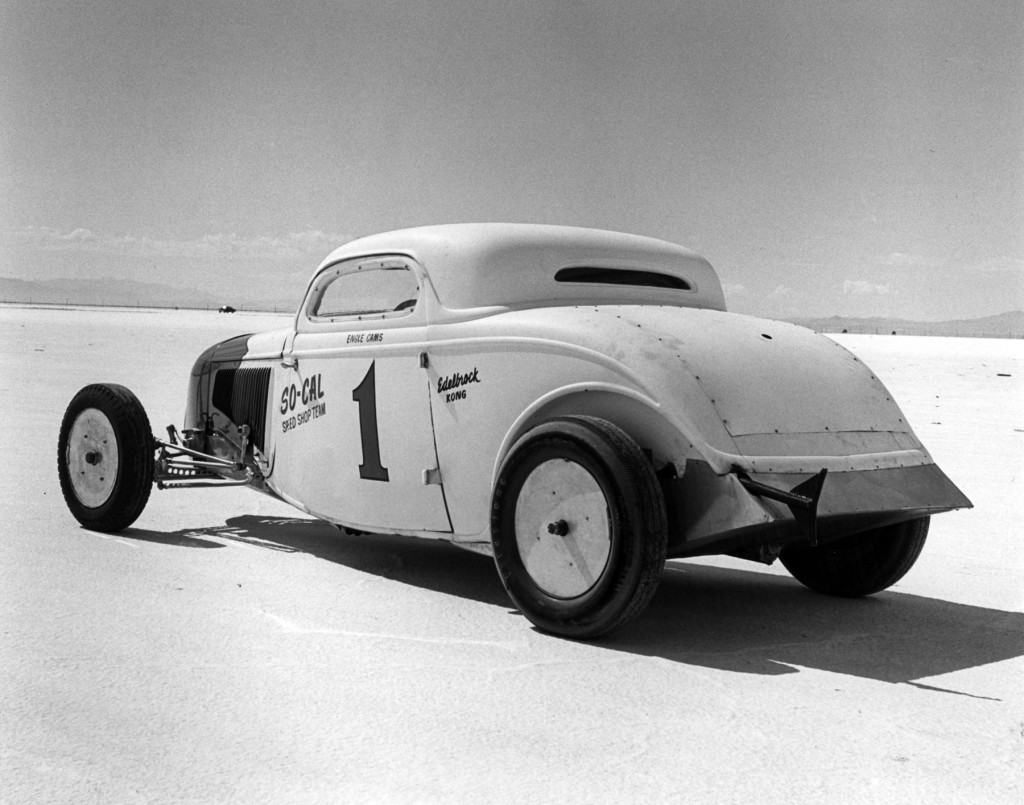 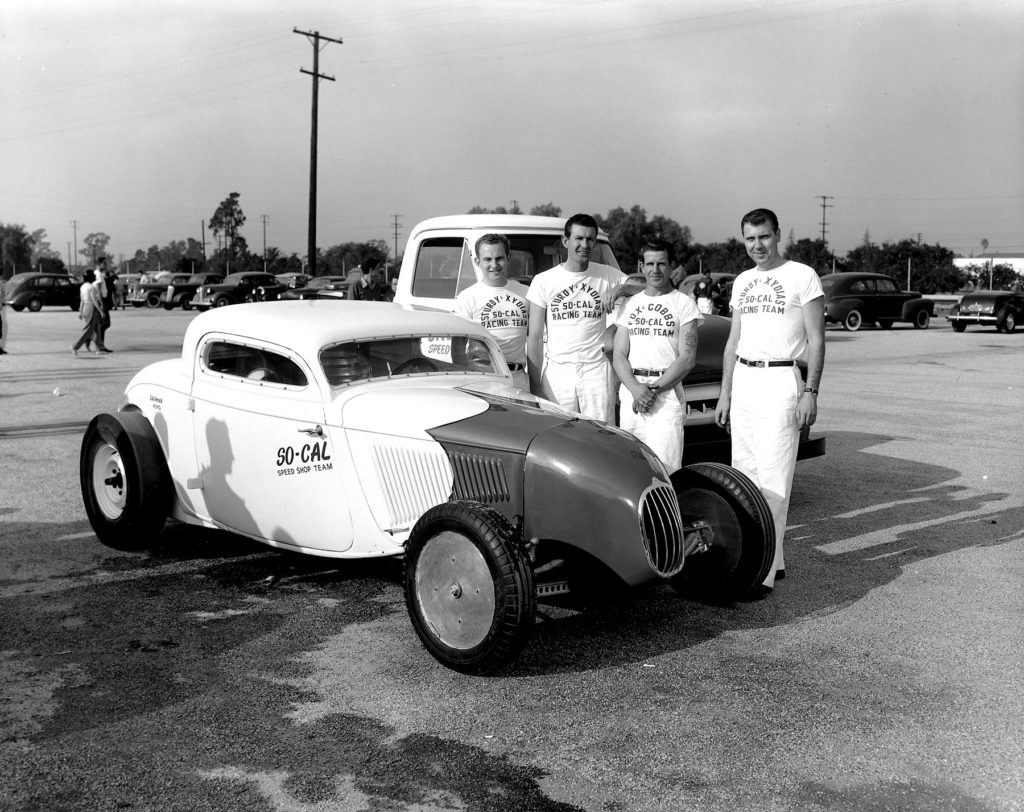 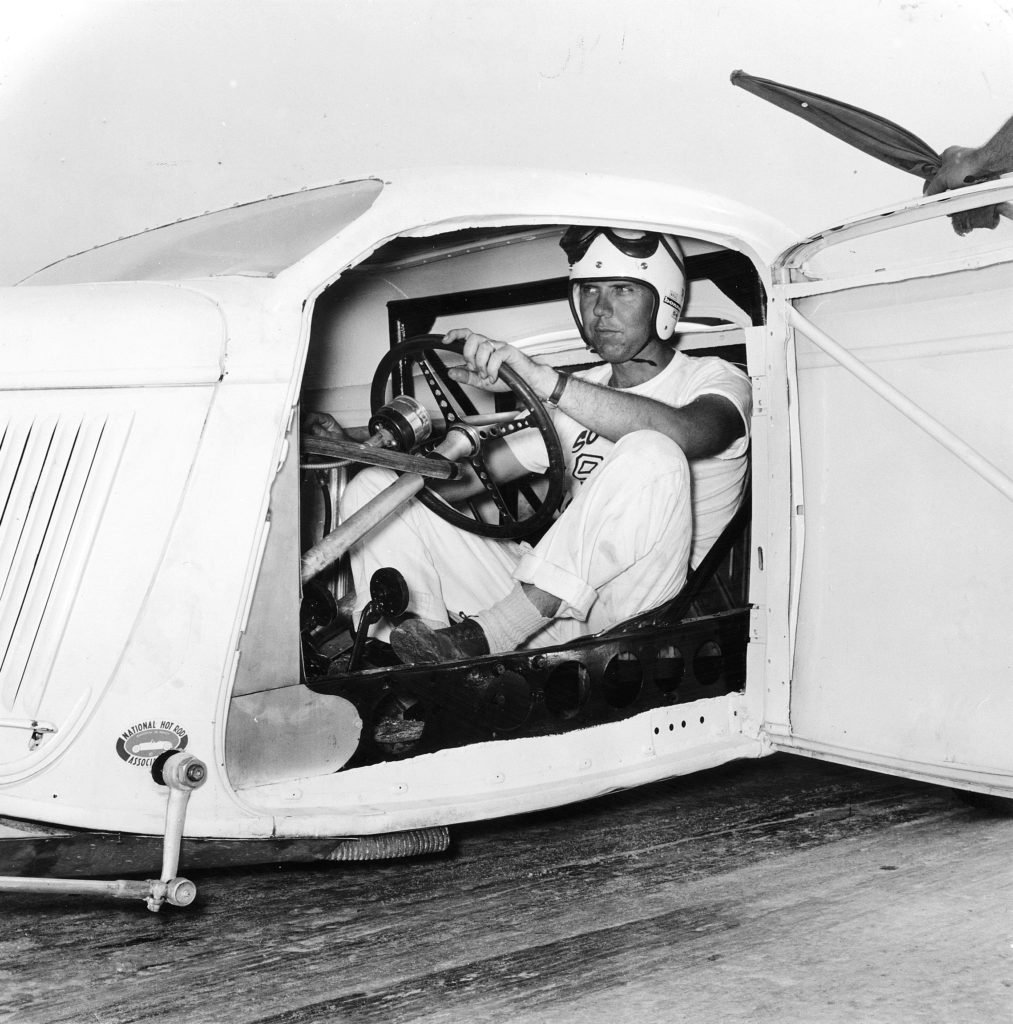 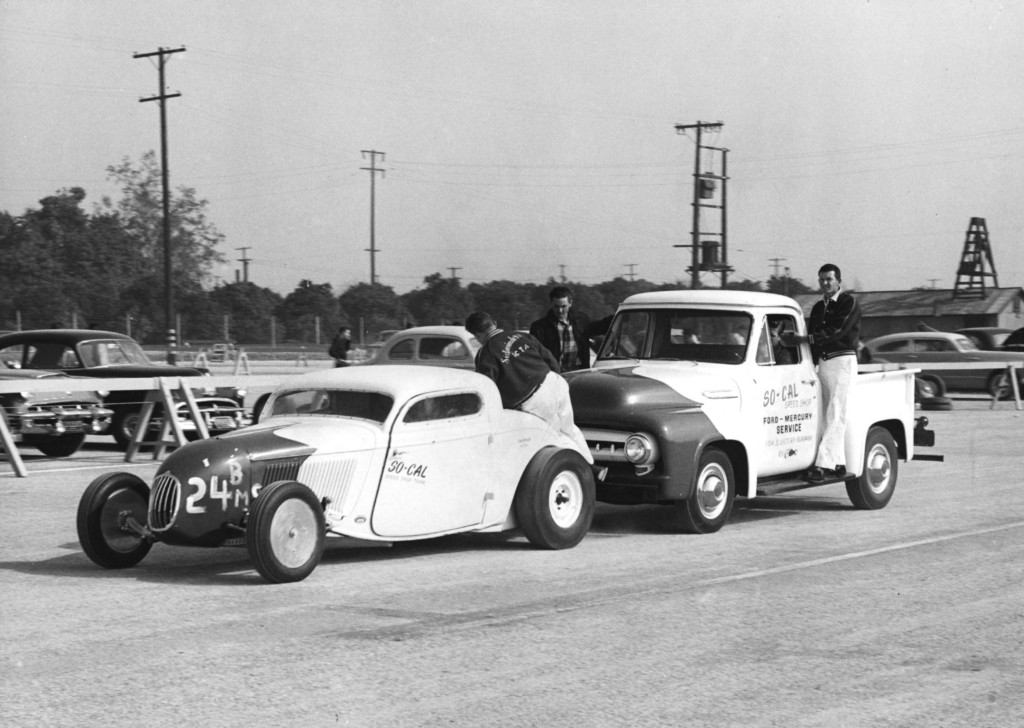