Autoweek- Movers and Shakers: Bruce Canepa and his Standard of Excellence

CANEPA STAKES MORE THAN HIS REPUTATION ON EVERY RESTORATION

If you could only use one word to describe car restorer extraordinaire Bruce Canepa, it would be “meticulous.” If you got another word, it’d be “thorough,” but no, that’s too much like the first word. The second of the two would have to be “retentive.”

That’s the kind of attention to detail you want on your six-figure restoration—something you know will start, launch, stop and turn safely every time, whether on the road or on the racetrack. You don’t want to save money on anything that goes over 200 mph.

“When I was a kid, my models won all the contests,” Canepa says, sitting in his large office in his enormous sports- and race-car restoration palace in Scotts Valley, California. “When I got my first car, which wasn’t much of a car, you had to take your shoes off to get in.”

That approach might have been bad if you were any other kid who had a model car entered in a contest in Santa Cruz, CA, where Canepa grew up. But in the last 20 or so years, it has been very, very good for you if you had a 50-year-old race car that you planned to take out on a track.

However well it was supposed to have been “gone through” before you got it, there is no way you will be as confident behind the wheel as you would be if Canepa had done the work. Because not only does Canepa know pretty much everything about your car—and he does know everything about your car—he won’t let you get behind the wheel until everything’s done and he himself has driven it. Many times. 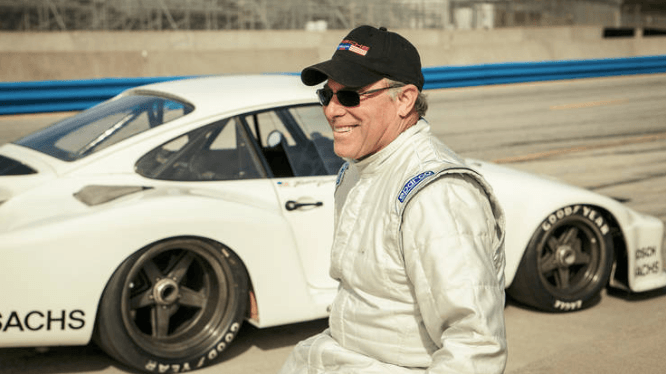 “Before you get in your car again, I will have gone through the entire car, I will know that it works and I will know that it’s safe and I will have tested it. And trust me, when I test it, it’s at more than 10/10ths. So I know that nothing’s gonna fall off … if it has a failure, it’s gonna have a failure with me in it to start with and not you, because I’ll pick up on the failure long before the wheel falls off. And you might not. And probably won’t …”

Earlier, Canepa had taken us through his shop, a veritable Garage Mahal of beautiful classic cars in various stages of restoration. In one corner was a Porsche 935, its undercarriage parts having just been resurfaced with the exact same matte-black coating they had when they left Stuttgart decades before. In another room, next to two Lamborghini Countachs, was the rear parcel shelf of a 911 awaiting the application of the exact foam insulation it was supposed to have from the factory.

Two gorgeous original Mercedes-Benz SLs looked perfect to us but still had “a couple hundred hours” of work to go. (His shop spent 10,000 hours restoring the first Duesenberg sold to the public.) And everything, from bolt painting to foam application to bodywork to complete and thorough engine teardowns and rebuilds, is done in-house.

“By doing everything here, we can design something here, we can engineer it here, we can build it here … the tin guys, the machinists, the fabricators, the mechanics, the race motorsports guys, I just decided that if I want to do ’em at my quality level, then that means I have to control every part of that project. And that’s what we do.”